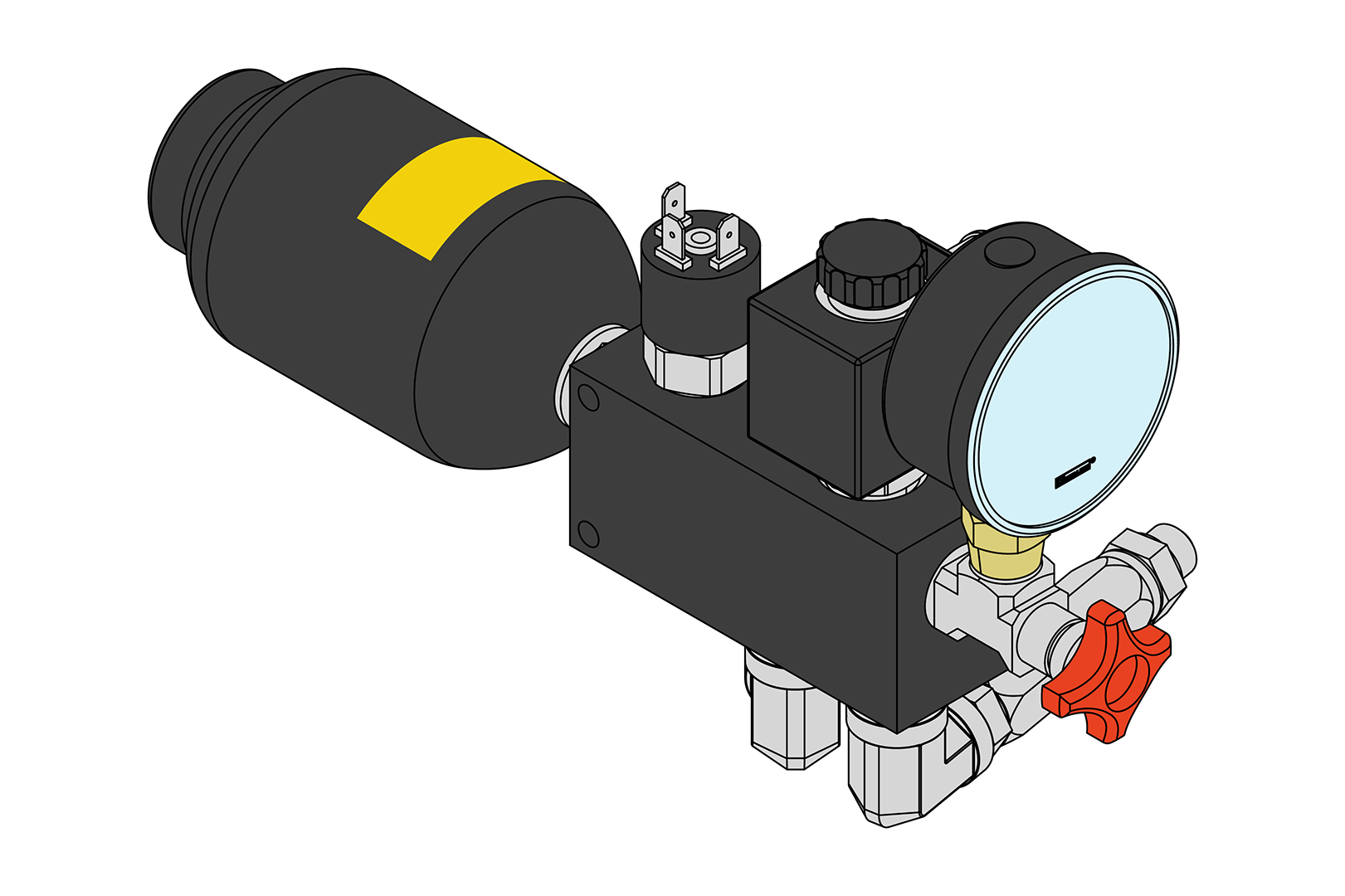 KMI is an exclusive MORIS ITALIA product with a certification that complies, in a simple and original way, what is required by A3 Amendment.

The KMI consists of the following components:

The block has been designed to accumulate the pressure taken by the hydraulic circuit required to activate the block valve, in case of uncontrolled movement. In this condition the actuator reaches a pressure which is bigger than the maximum static pressure of the lift and in any case less than or equal to the calibration value of the overpressure valve in the distributor.

Once the auxiliary pressure required by the system is reached, the pressure switch enables the maneuver by closing a contact. The accumulated auxiliary pressure will be stored in the hydraulic block statically by the solenoid valve on the normally closed hydraulic actuator. When the uncontrolled movement is generated, an electronic card that interprets the input signals coming from the control panel, drives the solenoid valve to relieve the pressure accumulated on the block valve and generate its intervention.

Since the accumulated pressure is always bigger than the static pressure of the system, the intervention of the block valve is always guaranteed, regardless of the load conditions of the cab.

The safety valve, as a safety component, is designed to guarantee certain intervention requirements (in terms of speed of intervention and ability to stop the cabin at full load), which are well suited to the requirements of Amendment A3.